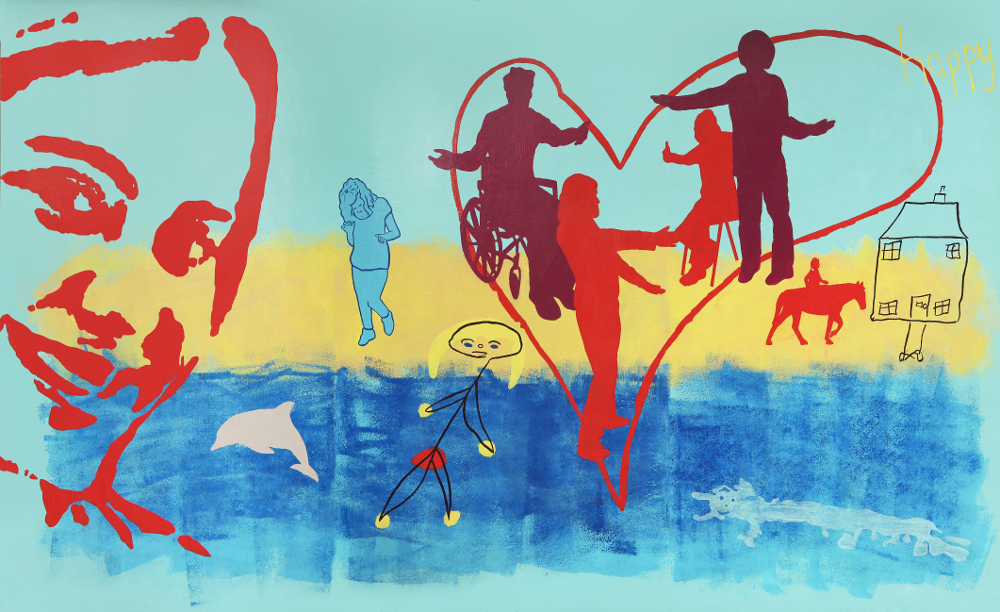 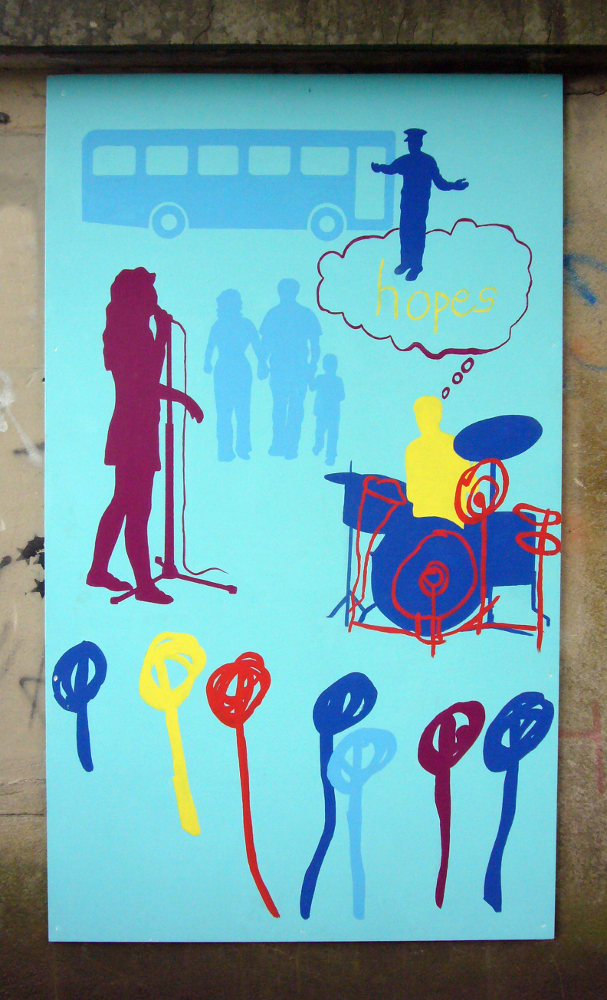 This section is all on a pale blue background. At the top there is a silhouette of a bus. A dark blue silhouette of a driver wearing a cap stands next to the bus, with arm outstretched welcoming people on board. This figures stands on top of cloud with the word 'hopes' written inside it. In the middle there are figures of a man, woman and child holding hands. Next to this is a purple figure singing in front of microphone. To the right there is a person playing drums. This one shows a simple line drawing on top of a silhouette of a real person. At the bottom there are multicoloured lines with circles on top. 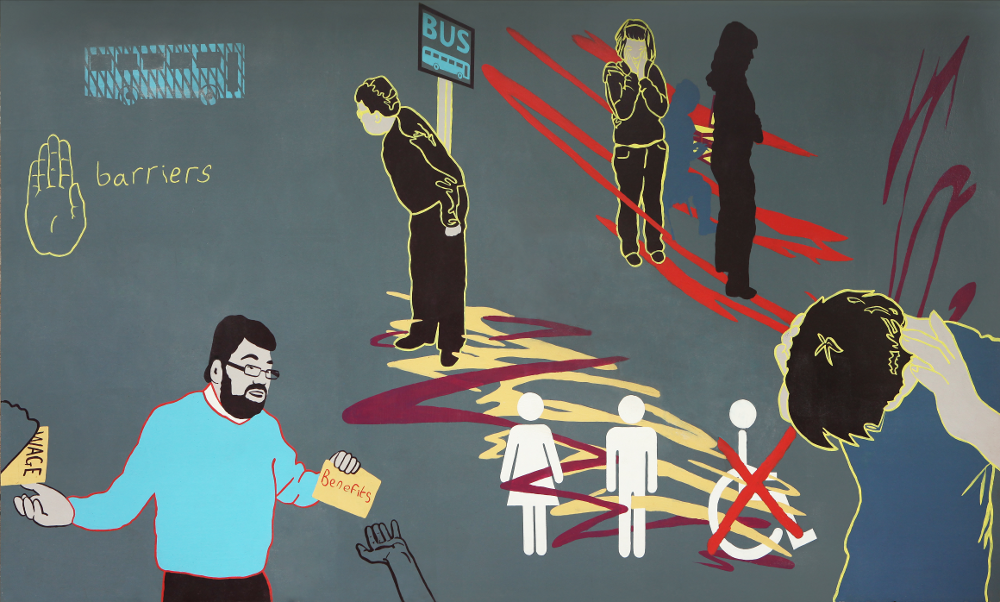 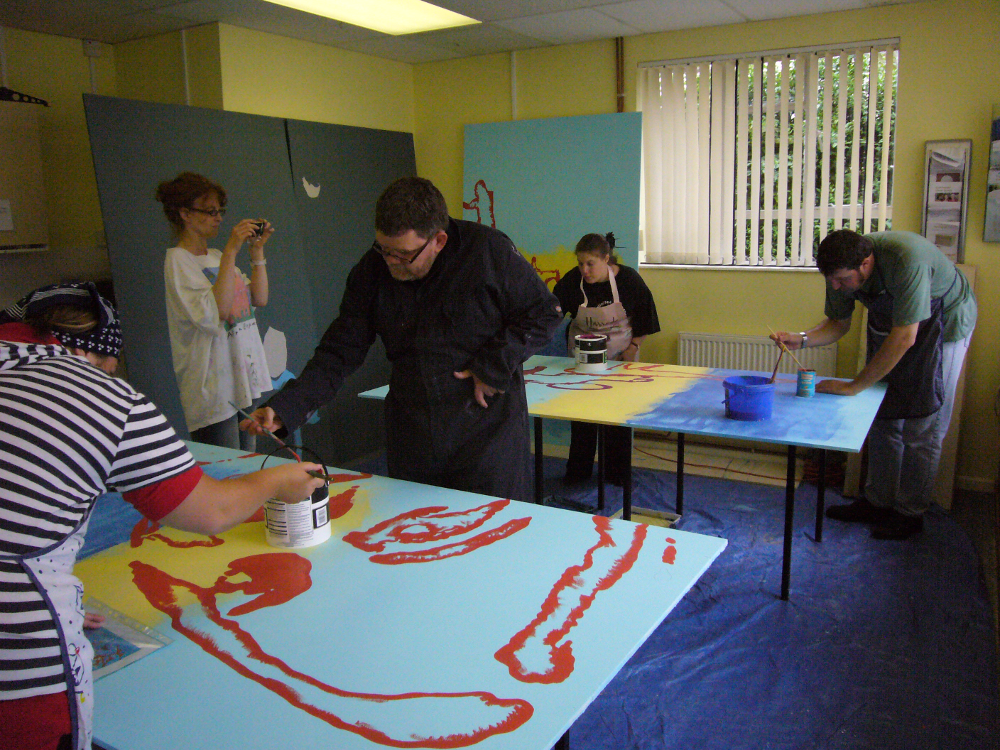 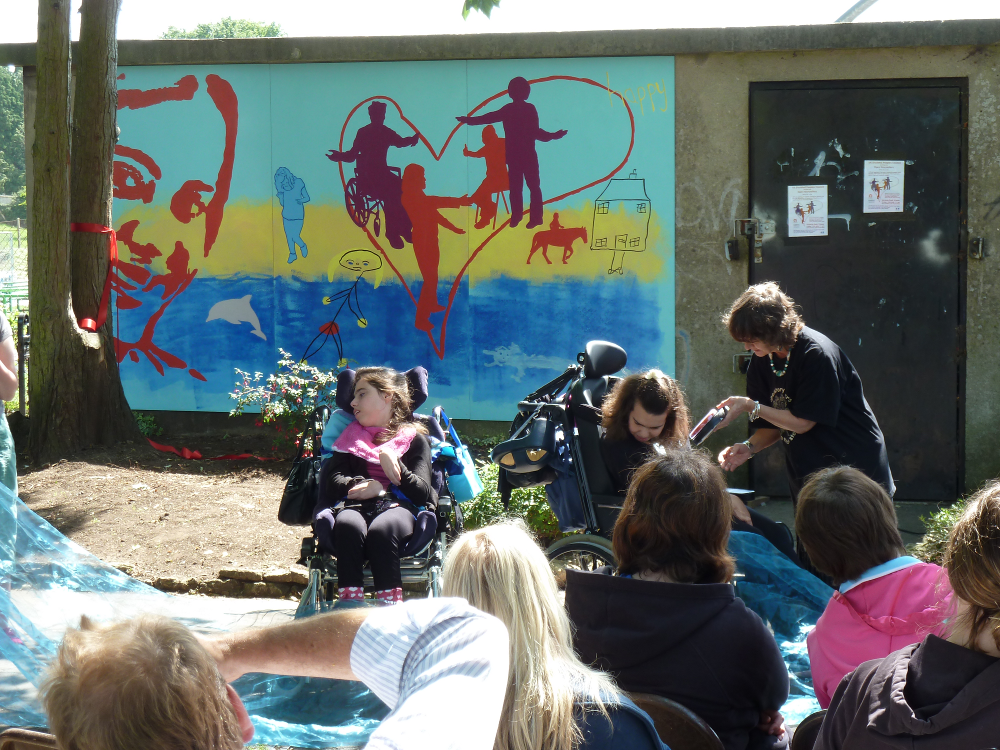 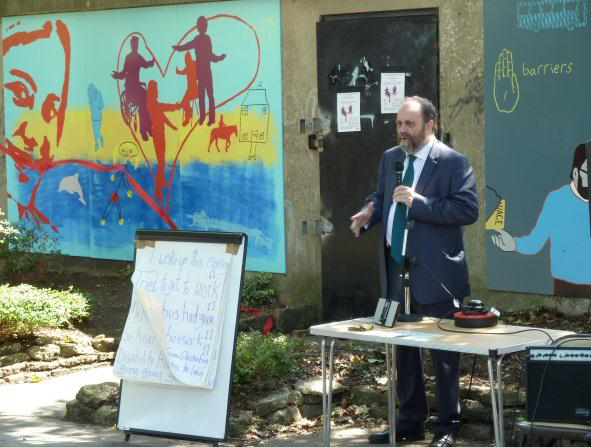 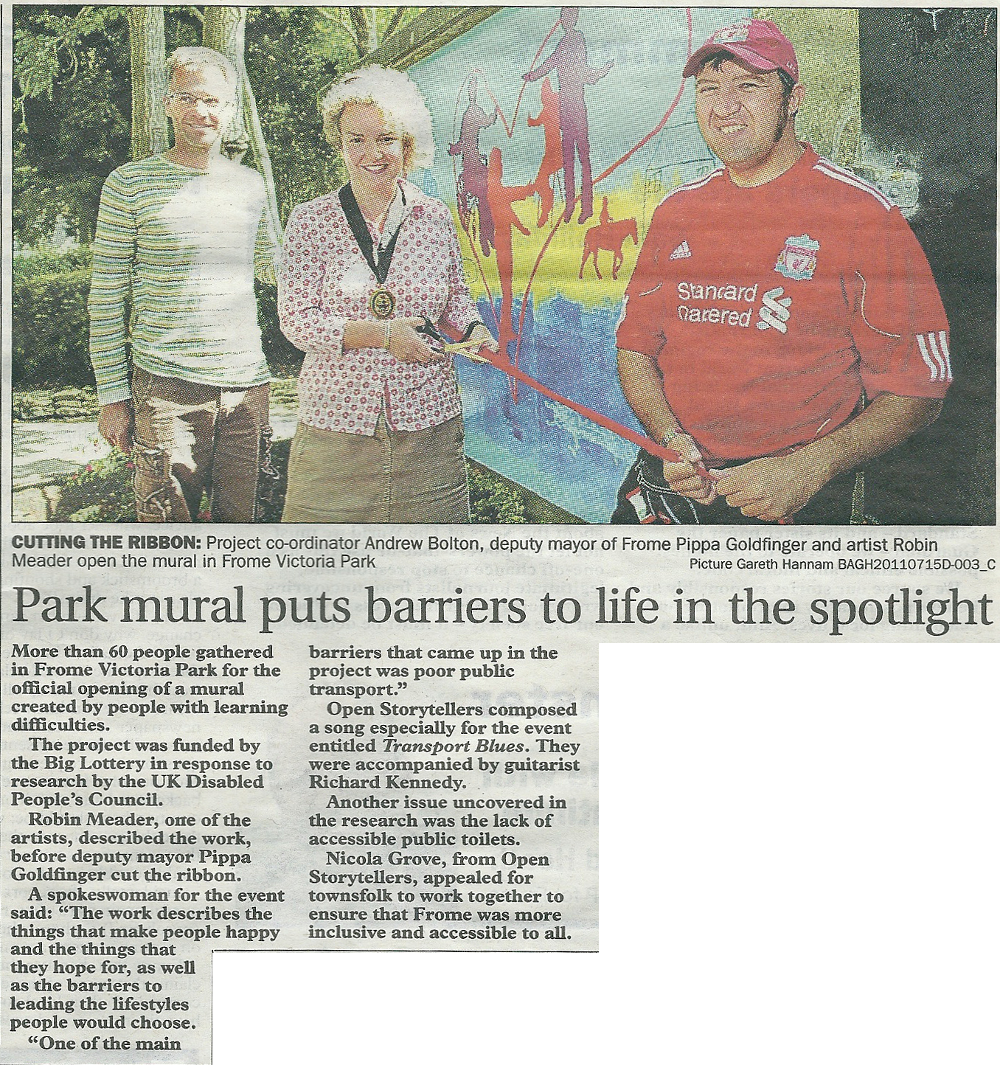