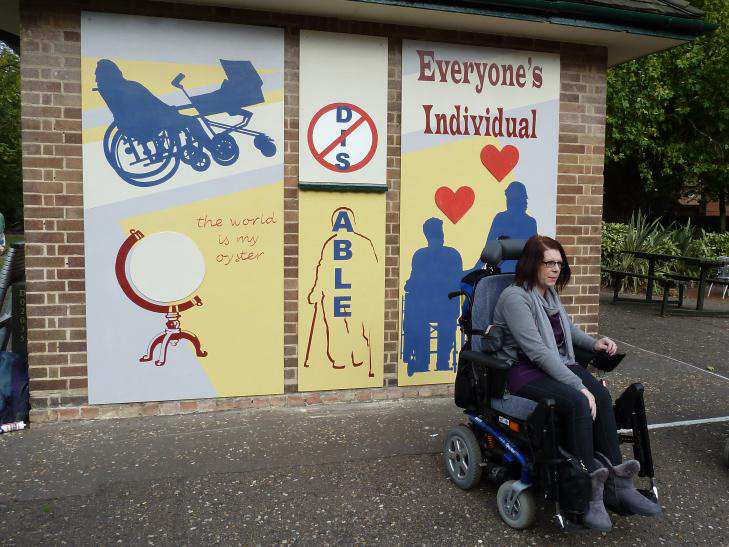 This photograph shows a woman sitting in a wheelchair in front of the painted mural. The mural is in three panels. On the right of the mural are the words 'Everyone's individual'. Below this are dark blue silhouettes of a wheelchair user holding hands with someone standing up. Red hearts are above their heads. The middle panel has the letters 'DIS' crossed out and beneath it the word 'ABLE' written vertically down the outline of a person using crutches. On the left there is a blue silhouette of a wheelchair user pushing a pram. Underneath this is a picture of a globe with the words 'The world is my oyster'. 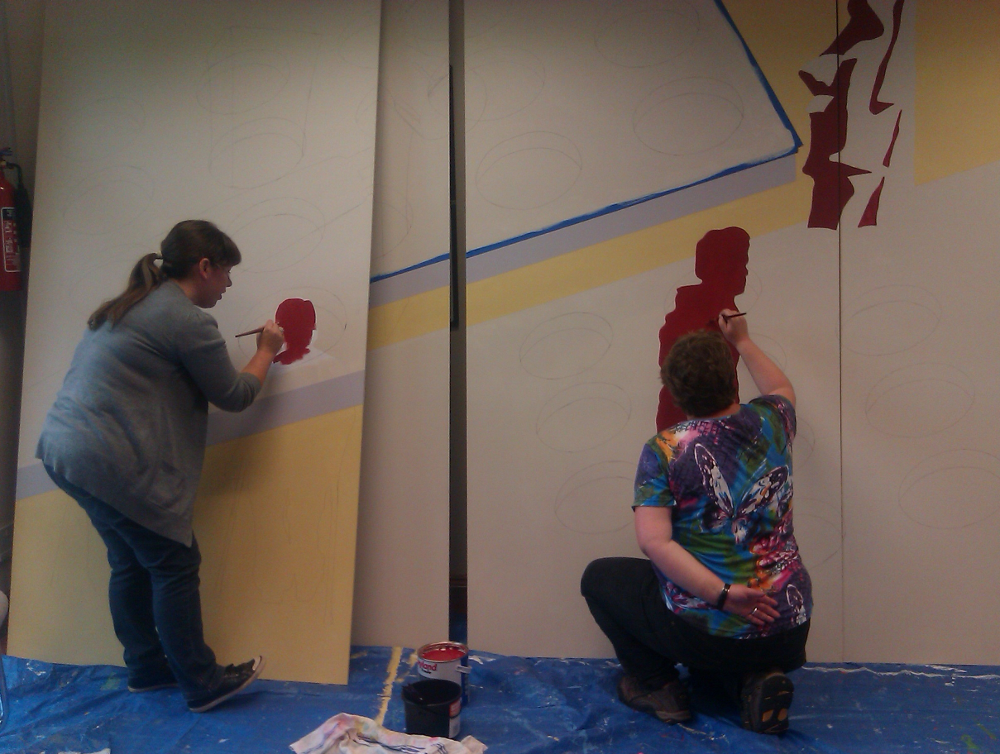 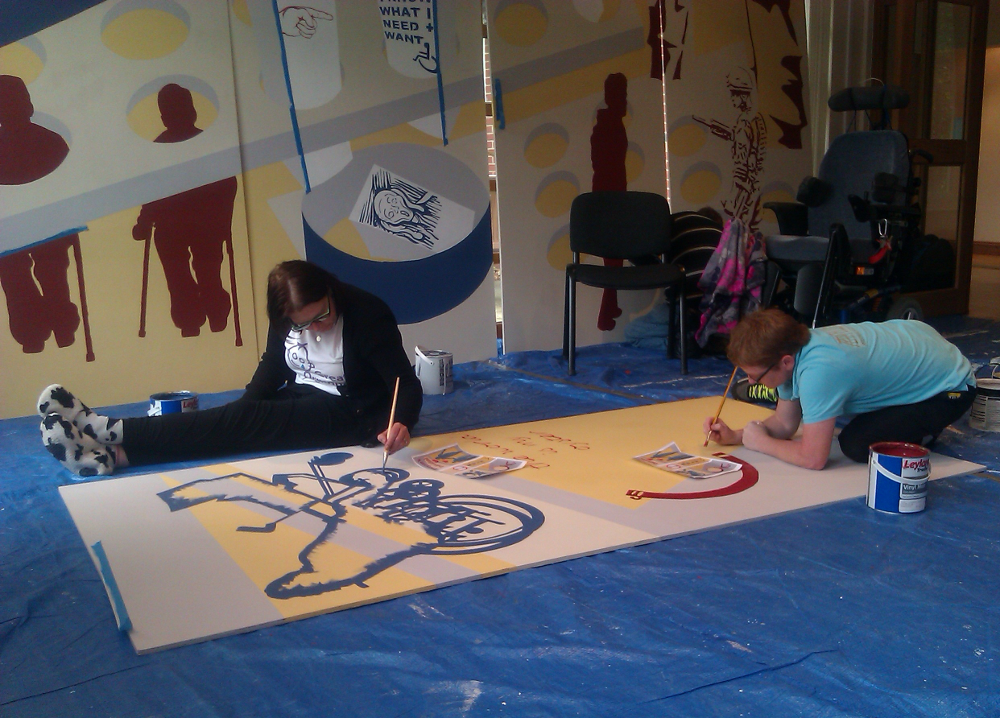 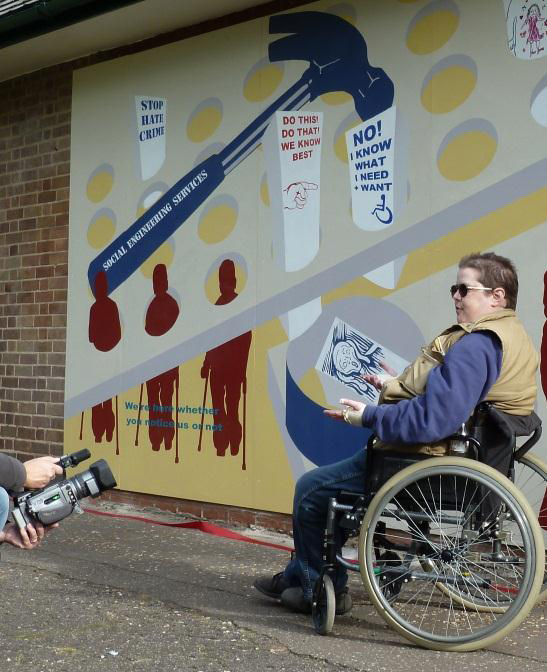 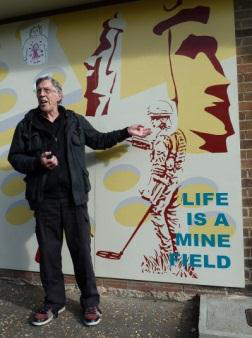 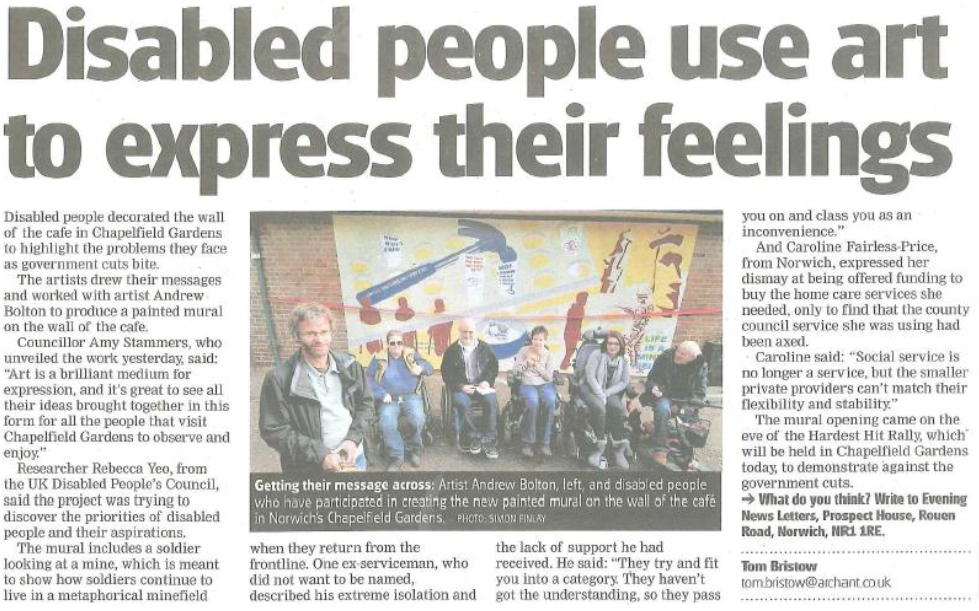